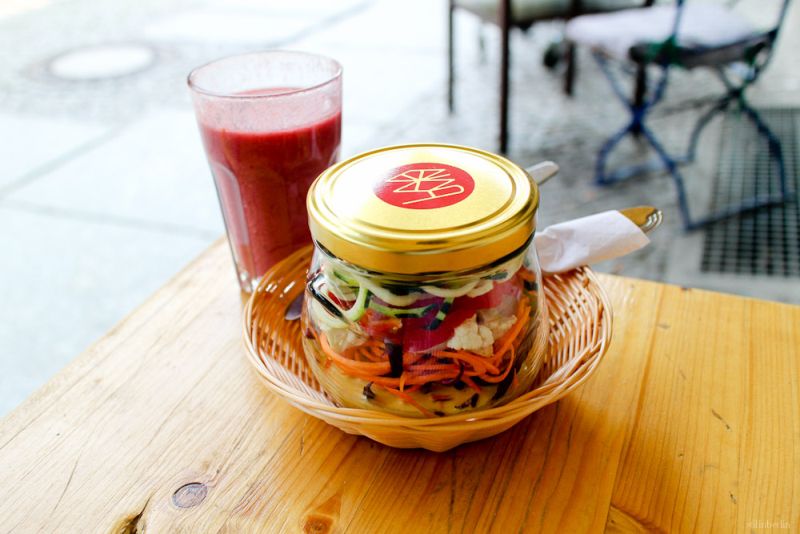 Berlin was once called the vegetarian capital of the world. The reason being Berlin people are very much health conscious who loves more of vegetables and fruits and prefer meat only on occasions. This is the reason; the demands for vegan restaurants are increasing day by day. In fact, there are some nice vegan restaurants in Berlin which offer the most delicious food in their place.  Moreover, if you are also a vegan food lover, here we have some popular vegan restaurant list to help you select the most suitable one for you.

END_OF_DOCUMENT_TOKEN_TO_BE_REPLACED 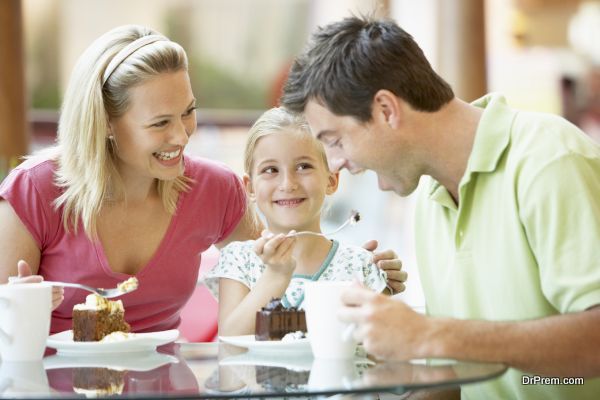 The best restaurants in London great for kids to enjoy

Finding a place to take your kids to eat can be difficult with so many caveats to fill –it needs to be healthy, tasty, reasonably priced and most importantly of all, have a nice adults menu! It’s not easy to feed kids at the best of times, but this list of the best healthy restaurants in London that cater for the little ones will make it slightly more bearable. 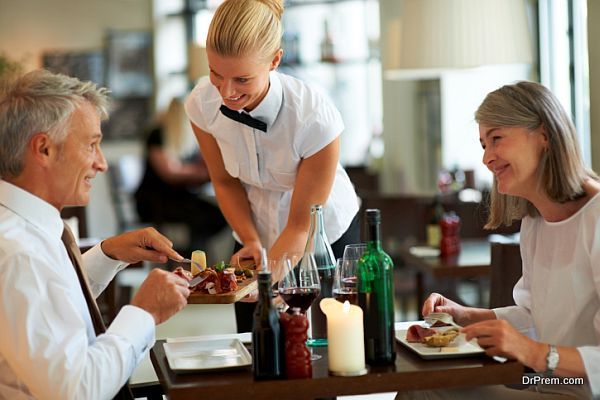 Top Middle Eastern Restaurants that are must have hubs 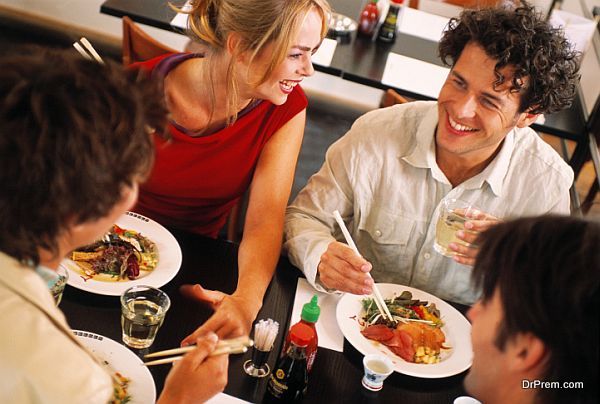 Top five restaurants in Australia you will freak out at!

So, you are looking for a restaurant in Australia but have absolutely no idea on where to go? Here is a detailed list of the high end to low end of the best of Australia. It isn’t everyday that you get a taste of Australian cuisine. Hence, when you do, why not make the most of it? Here is your list – 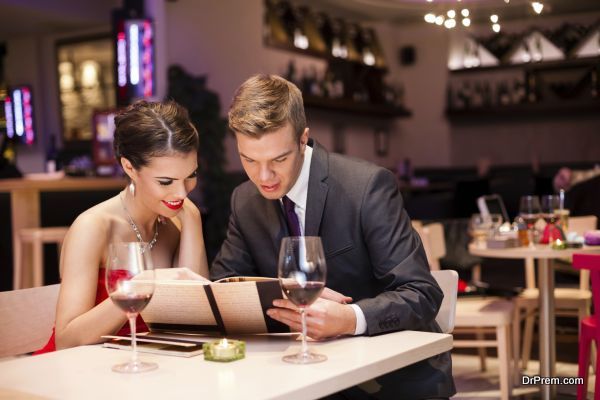 America is known for the creativity in people which sometimes borders on whackiness as well. Find out some of the weirdest restaurants in the USA, weird for various reasons. 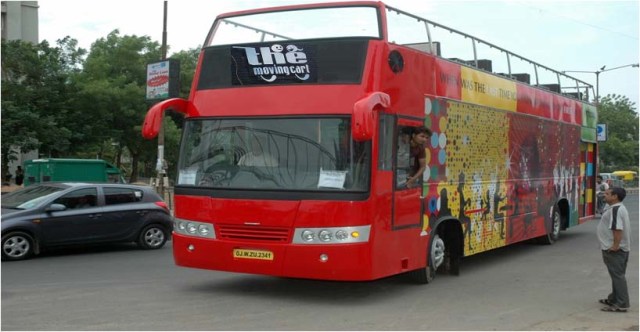 When you are visiting Mumbai next time, ensure that you visit The Moving Cart – restaurant. It is double-decker moving bus restaurant – can be called restobus. Called The Moving Cart, this 20-seater restobus is a joint venture between the Maharashtra Tourism Development Corporation Ltd. and The Moving Cart Company that already runs another such restobus in Chennai. This multi-cuisine moving restaurant has an open-to-air sky deck and magnificent air-conditioned lower deck restaurant. One can enjoy splendid atmosphere throughout the ride which takes around 90-minute.

There will be 3 organized voyages in a day. It drives at a comfortable speed of 30Kmph so that one can cherish the food and enjoy Arabian sea-view during its 4-km ride. It also has one of the luxurious & elegant sitting arrangements. The food will be catered by Hotel Marine Plaza with all the frills. 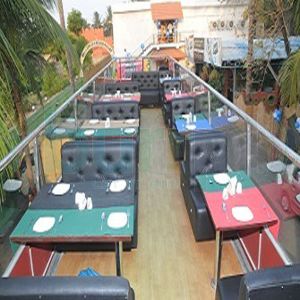 On lower deck, one can choose the favorite song from playlists & dedicate to partner thereby making the dining voyage most memorable for you & partner. They serve variety in dining experience with multi-cuisine dinner starting from mock-tails, soups, salads, main course and finally a desert to complete healthy meal. 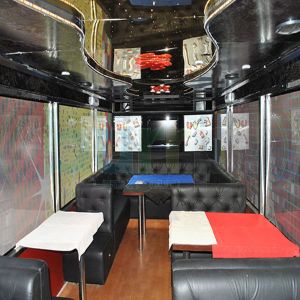 The entry to The Moving Cart is only based on prior online booking on their website. 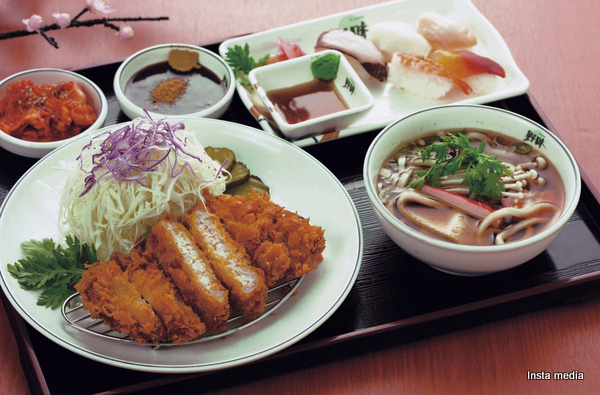 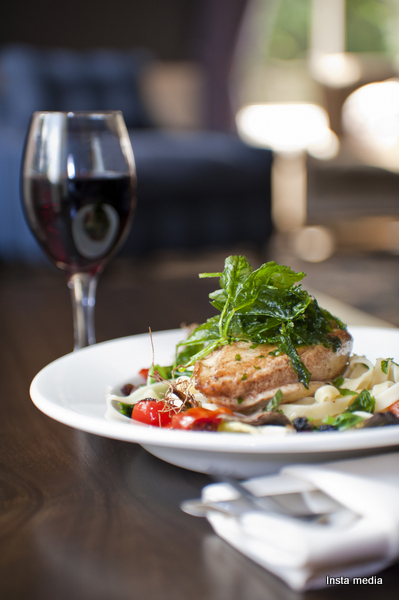 Food and celebrities hardly ever mix, considering the fact that celebrities who tend to indulge in food a little too much tend to lose their svelte figurines and also their glory along with it. 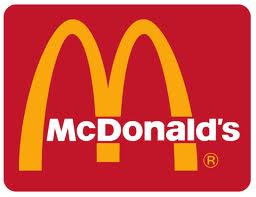 In an increasingly competitive world, where there are individual demands to meet, where every consumer has got into his mind that he will be treated with respect, and his demand honored, fast food franchisees are rustling up increasingly stranger and weirder menus to satisfy the taste buds of consumers.

It is an age, where in spite of globalization, there is always a huge cloud of localization looming at the backdrop. It is for this precise reason that the fast food franchisee, McDonalds, has introduced different types of menus in different parts of the world in order to satisfy the altogether diverse demand patterns of different countries. This has inevitably led to the innovation and creation of more and more odd, if not grotesque food items. 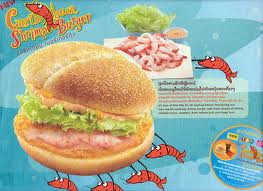 One of the first and foremost that comes to our mind is something that is found in McDonalds Australia. In places virtually all over the world, people like to spread a something, a topping over their toast. Some like jelly, some jam, some peanut butter, others just plain and simple butter. However, Australians have got a little weird secret up their sleeves, something that makes their tongues waggle so much, it is featured on McDonalds’ menu. Introducing the Vegemite, a piece of toast spread over with the leftover yeast after the manufacture of beer. It’s recycling all the way, and with a price tag stamped on it. 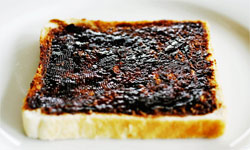 Go to Japan, and you get to sink your teeth into an even stranger dish. We have all heard of cheese burger, chicken burger, even veg burger, but, wait for it, Shrimp Burger?? Whoever hears it goes like, “What the??” Nobody knows why even McDonalds got the idea in the first place to combine the diverse dualities of shrimp and burger in a singularity. However, it is done and is named EBI Filet-O in Japan. It is of course a way to bring the tastes of the Occident and the Orient together, but nevertheless, does sound odd. 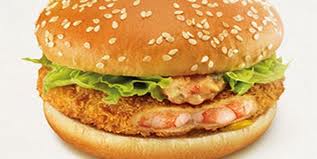 However, the oddest of the odds is still to go. Take the next flight to Kuala Lumpur, go to a McDonalds there, and you can get to offer a something called, Chicken Singa Porridge. In what may be one of the weirdest combinations anywhere in the world, this is a bowl of porridge with bits of chicken, ginger, carrots and other veggies added to it.

McDonalds is doing a great job of satisfying the hungry bellies everywhere, at the same time redefining the limitations of cooking, but nevertheless, restraint, anyone?? 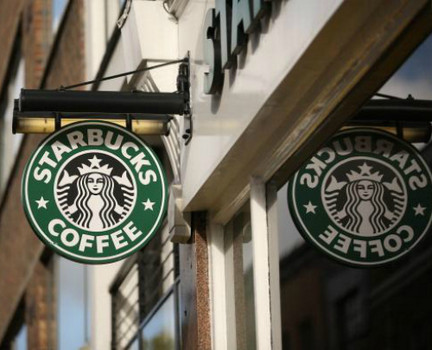 Starbucks Corporation based in Seattle, Washington was founded in 1971. It is an Italian-style international coffee house chain.

Starbucks is famous for the surprises it brings every year during the fall and winter to delight its customers and celebrate the season. This Christmas also it has brought back a complete pack of holiday goodies which will surely be the centre of attraction among the different palates and which will be a complement to the customer’s favorite brew.

This holiday too Starbucks has come up with many new holiday goodies to their limited edition holiday line. Some of the special attractions to delight the customers are: 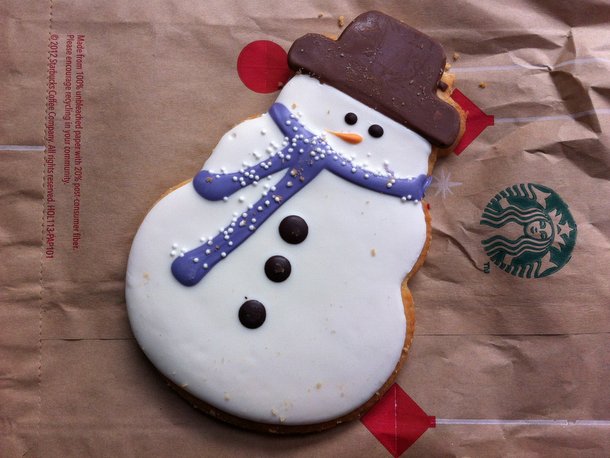 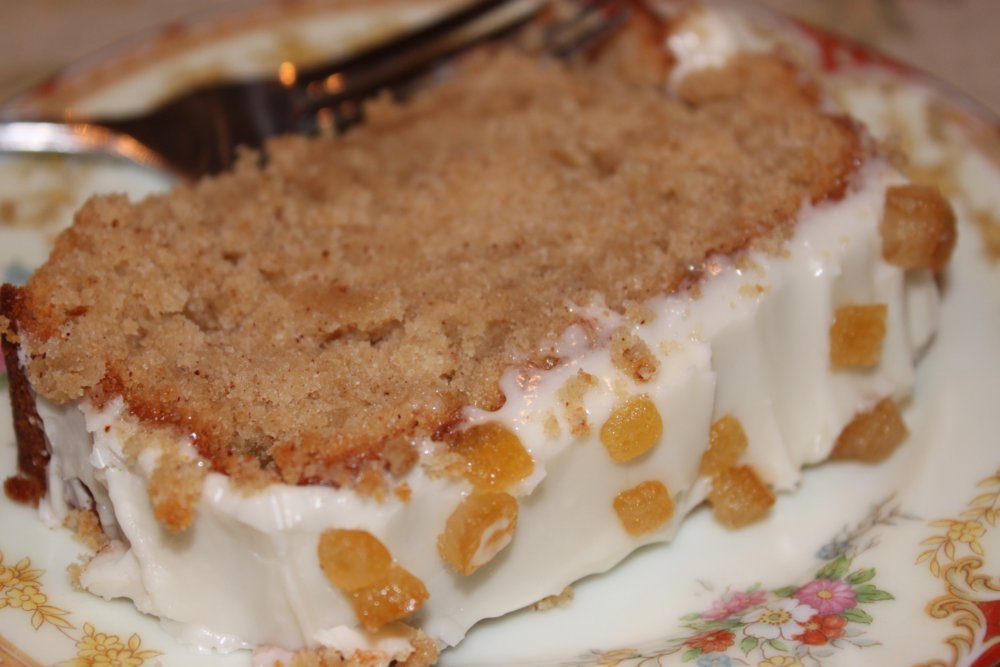 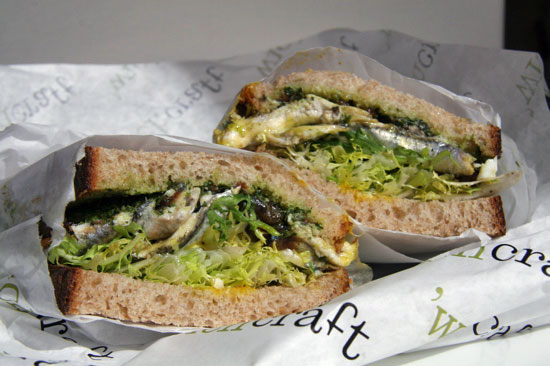 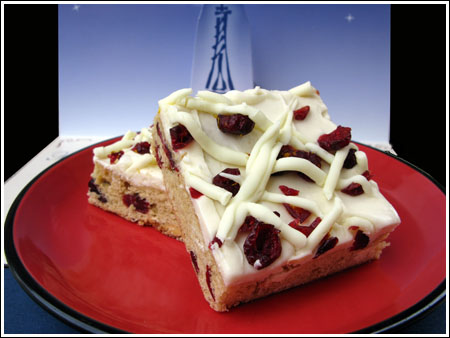 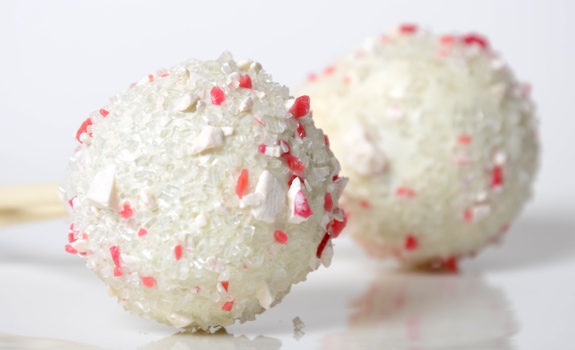 Some other special attractions are: 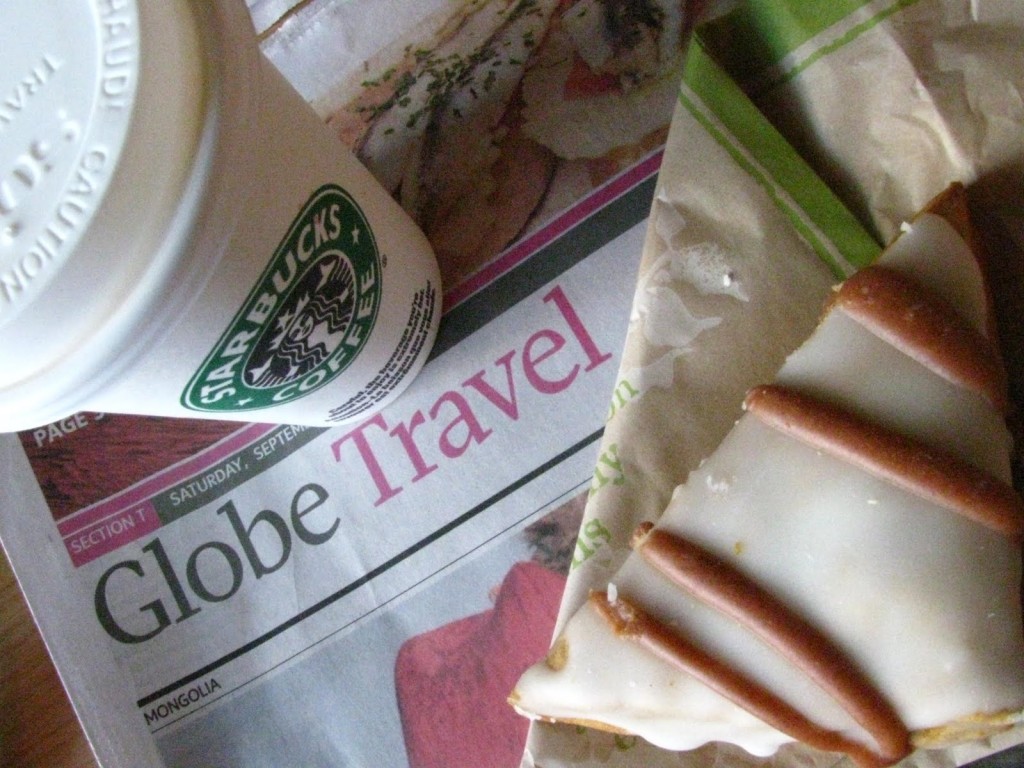 Not only the special holiday goodies, Starbucks has also come up with special offers like “Buy One Get One” to bring a smile on its customers’ face.

So, what you are out doing this holiday – wasting your time just in shopping. Do not forget to visit your nearest local Starbucks and taste the seasonal offerings to keep your energy high this holiday and which will also for a few moments transport you to your winter wonderland far away from the crowded city life. And the Starbucks store’s warm décor and ambience will keep your conversation going-on for this holiday bonding.