GM foods or Genetically Modified food items are primarily the ones that are obtained from genetically modified organisms for example a genetically altered plant or an altered fish. The commercial sale of such GM foods begun in the year 1994 but recently these foods have been surrounded by many controversies regarding their safety issues. According to the recent developments the prime minister of France, Jean-Marc Ayrault has stated that he is totally ready to authorize a very wide ban on all kinds of GM food products all over the European continent. This statement of the prime minister is an outcome of the recent study that brings all the genetically modified food products into doubt that they are really unsafe to be consumed.

The recent study that was conducted on these genetically altered food materials state that these foods are definitely not for human consumption as when they were fed to almost 200 rats then the rats suffered from serious tumors and also from multiple organ damage. These 200 rats were given the genetically modified corn which is manufactured by a US based firm by the name of Monsanto and this is a serious matter as the tumors are said to be huge almost similar to ping pong balls. 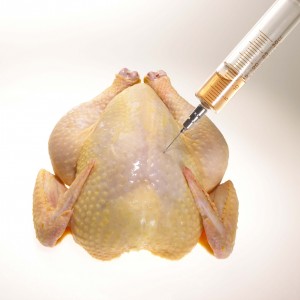 In his statement the scientist said that the present regulation tests have been going on for over a period of 3 months but the serious bad consequences that came into light like the death of those 200 rats due to problems like tumors and organ failure took place in fourth month of the ongoing tests. Therefore these studies provide no reliable information regarding the effects of GM food products on health of the consumer over a long time period. This particular study has been sent to Food Safety Authority of Europe. At present there are no less than 46 different kinds of genetically altered food materials that are in circulation in entire Europe.

What does food hygiene course teaches?

What is a food TV?

Am I still eligible for nj food...