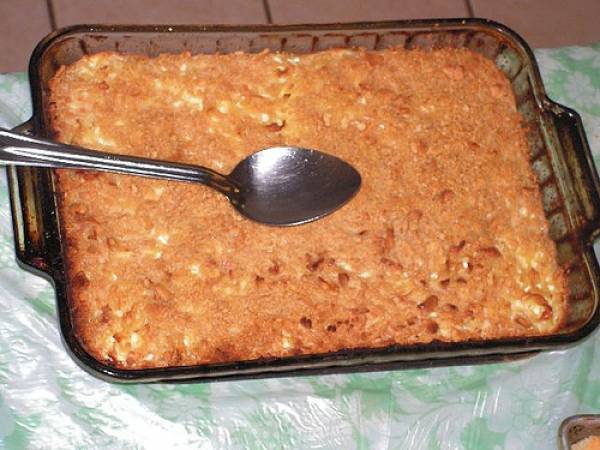 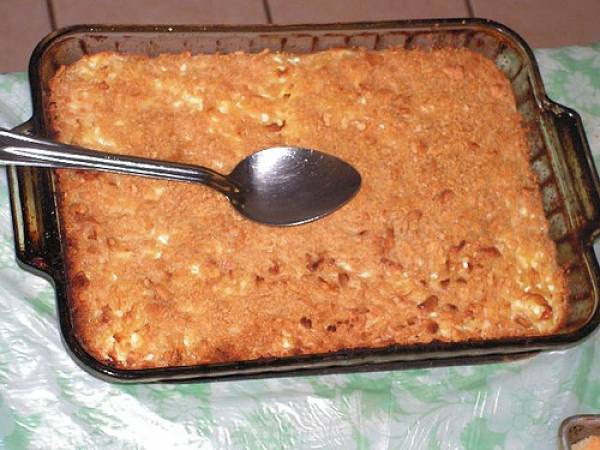 Cottage Cheese Noodle Kugel is a popular kosher dish that has the approval and love of generations. It is one of those old fashioned dishes with a distinct familiar flavor and a special sort of comfort with every bite. The dish is great for serving at a brunch with a delicious spread. Or if you follow Jewish customs, it can be an integral part of special occasions. You and your family can end Tisha B’Av or Yom Kippur fast with this beloved Jewish dish, which has been delighting families for decades.

Cottage Cheese Noodle Kugel is a Jewish recipe or pudding; quite traditional and served as a side dish or a dessert for many occasions. It is often a staple dish for close knit family gatherings in Jewish households. The Kugel has many delicious variations with each generation adding their own spin to the old recipe.

Kugel is a Yiddish word meaning âballâ and in the beginning the casserole constituted of a mixture of bread and flour. In the 1200s, the ingredients in the recipe were substituted and others were introduced for additional flavor; bread in the Kugel was replaced with other starches such as noodles or farfel, and eggs and cottage cheese was added for a creamier texture. It was only in the seventeenth century, sweet ingredients like sugar and raisins entered the recipe, leading to the present, delectably well known Cottage Cheese Noodle Kugel.

1. Preheat the oven to 350 degrees F and place a pot of water for it to boil. Insert egg noodles into the pot, stir and let noodles boil until they are tender. Usually the noodles have to be parboiled for five to seven minutes. Drain and rinse the noodles with cold water. Add 3 tablespoons of butter into the pot and swirl till the mixture is coated.

2. Immerse raisins in water contained in a small pot and boil them. Turn off the heat and allow the raisins to soak for 10 minutes, followed by a draining.

3. Combine the other ingredients, 4 eggs, vanilla, sugar, cream cheese, cottage cheese, cinnamon, and sour cream in a food processor or blender. Mix the items together until you get a nice creamy concoction. Mix the concoction and raisins with the noodles. Whisk them all until they thoroughly blend.

4. Beat 6 egg whites till they reach a white and frothy state before folding them into the noodle mixture. Subsequently, transfer the mixture into a greased 9Ã13 baking dish.

5. Now for the crumbly topping, make the topping by blending graham cracker crumbs, sugar, melted butter and cinnamon in a small bowl. Now spread the topping evenly across the top of the Kugel. Proceed by covering the dish with a foil and inserting it into the oven. The Kugel should bake for 40 minutes. Remove the foil; re insert the Kugel for it to bake for 20 minutes more until the top is golden brown.

The dish can be served warm or cold. Reheat your Kugel in a 350-degree oven for 15-20 minutes. You will get a consistent warmth if you cut the Kugel into individual pieces before reheating.

– For your palate, try some diversity in your preparations; a little nutmeg goes well with your cinnamon and vanilla.

– Golden raisins taste good as a crumbly topping; or savor cherry pie filling as a topping.

Is it possible to caramelize leeks to...

Is making the tortellini recipes the creamy...

How can I experiment with the rice...

What is so special about Tom Collins...

How are great food recipes helpful in...