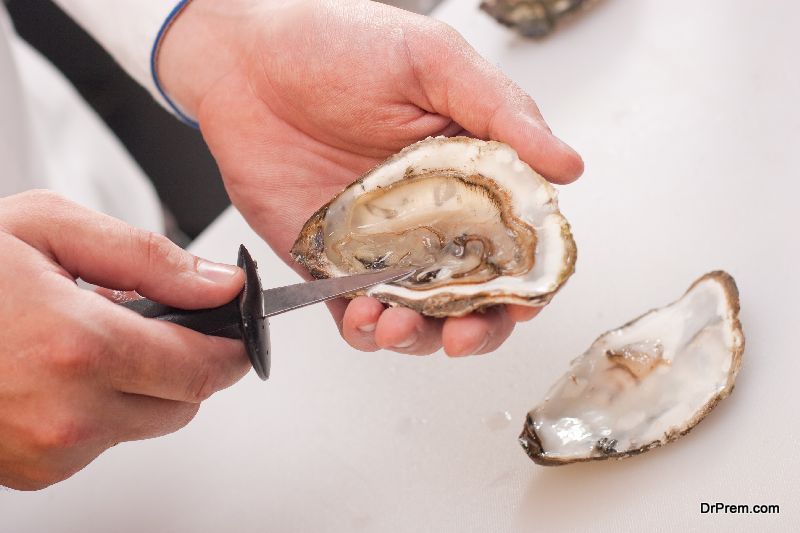 The first thing you should remember when you want to shuck your oysters is to buy it the same day that you plan to have it. You can keep it in a cold container for better taste. If you want, you can also purchase it a day or two in advance, but there is nothing better than eating fresh oysters.

For twisting the shell open use a knife 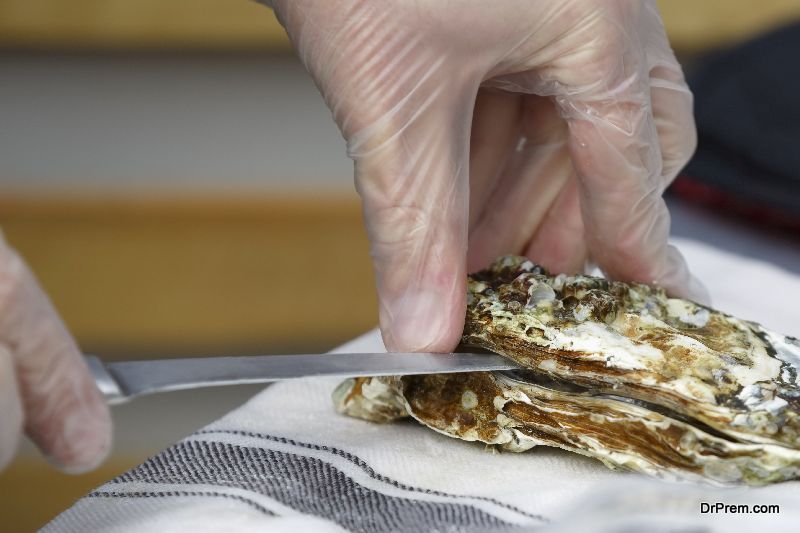 The next step is to twist the shell open. For this, you would need to use a knife.  First, place the flatter side upwards. You have to place the knife on the hinge or the point where both the sides of the shells meet.  Insert the knife inside the hinge slowly; you will hear a light pop. Once you hear the pop sound, it means that the shell has opened a bit.

Slowly push the knife inside making sure that you slip the knife through the shell. You should make sure that it passes through the shells. This will be a lot easier after you get the oyster to pop open. While you are sliding, there will come a point wherein you would have to put a little force. This is the part where the shell and oyster are attached to each other.

Slowly twist the shell while opening it 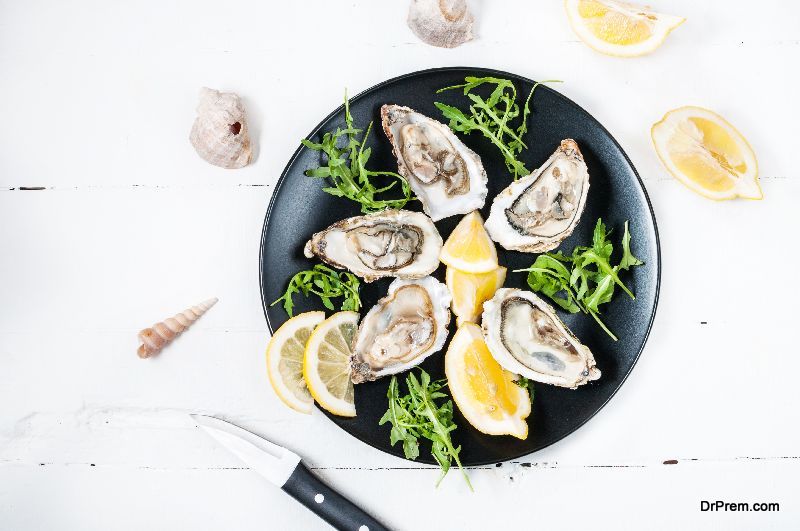 Once you see the tip of the knife on the other side of oyster, the next thing is to open the shell. For this, you would need to slowly twist the shell open. You have to slowly cut it open considering that most of the meat is on the top shell. You can either cut it or slowly scrap it off. This will help to open the shell even more without having to put any kind of strain or pressure.

Serve the shells the way they are

Continue the above-mentioned steps until you have opened all the shells. The next part is to serve it. On this front, you have a choice of placing the oysters in a bowl or a plate of ice. You can also squeeze a little lemon juice over it. You can serve the Oysters various ways. One way is to Barbeque the Oysters. You can also grill them. You can also check out different recipes of sauces online that will blend in perfectly with the Oysters.