Food is something that everyone loves to his or her heart’s content anywhere in the world. With the diverse cuisines available all around the world, food is really a novelty of the human imagination, with so many delicacies and dishes being designed by chefs all around the world. In such a scenario, it is inevitable that people do fall in love with some or the other dish somewhere around the whole world.

Celebrities are humans after all, they are also made of flesh and blood. Like anyone else, they too have their food likes and dislikes. Of course, certain celebrities do tend to overdo it, so much so, that tend to fall sick. 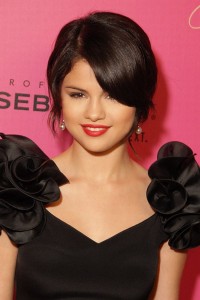 This time was no different, as she was all over the news due to having been spotted going to a Japanese restaurant. This time, she was able to get into the news for this was the second trip that she was making to the same restaurant within a time span of two days. Apparently, Selena Gomez cannot have enough of Japanese food. She was spotted going to the restaurant Kabuki in Encino inn between shoots.

All that is very fine, since she really cannot be scalded for going to have her favorite cuisine at her favorite restaurant, if that is indeed her favorite. However, she should really take care of what she eats since she seems to have a hot and cold relation with food. She was recently hospitalized due to food poisoning along with her boyfriend of then, Justin Bieber. The reason for the hospitalization was left vague, but sources do say that it could have been due to food poisoning. Others however remarked that the cause of the illness could have been exhaustion. Whatever be it, Selena Gomez is in the news again and that is what matters. All that can be said to her is happy treats.