How to make real ginger beer 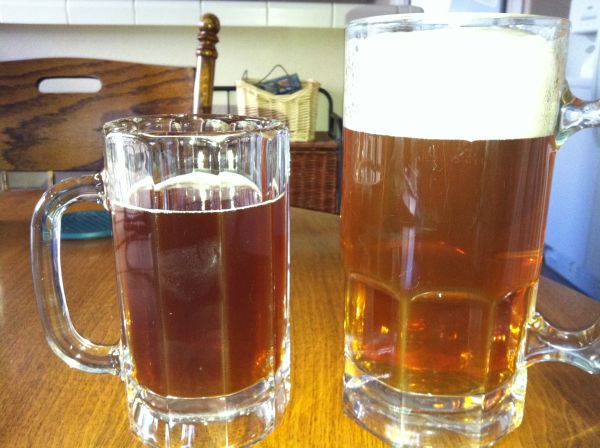 Ginger beer originated in the mid 18th century England and started getting more popular in the early 20th century. Today ginger beer is not considered beer in the typical sense but is served as a soft drink. It is primarily a ginger drink which is sweetened using sugar or artificial sweeteners. Ginger beer and ginger ale have been popular as soft drinks in many parts of the world. Ginger beer became really popular because of the benefits that were associated with ginger. This drink is also considered really refreshing and an excellent way to kill the summer heat.

This drink is very refreshing. Ice soda or club soda can be added to it to make it more refreshing. It helps people with digestive problems and nausea. Ginger helps kill ovarian cancerous cells. Ginger is known to have more than twelve types of anti-oxidants and thus it helps in treatment of many types of disorders. Ginger beer also helps fight against cough and cold. During summers it is one of the best methods to beat the heat in a delicious way.