Home Cuisines Chinese delicacies that you should learn to cook
CuisinesLatest 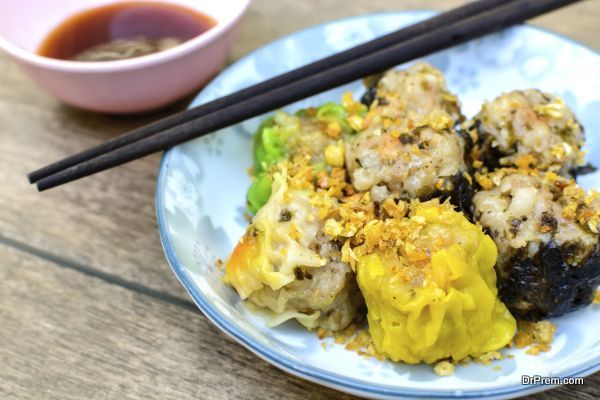 Chinese dishes are popular worldwide. Everyone loves to eat Chinese dishes because it is tasty and easy to make. While you are unable to go out to restaurants to eat Chinese, you can make it at home, as it is easy to prepare. If you have trouble making Chinese dishes, you can try following mentioned easy Chinese recipes, which you can prepare at home easily and effortlessly. 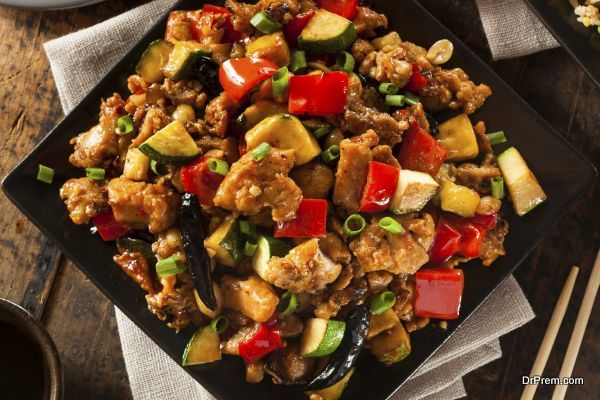 Begin the recipe by mixing together chicken with soy sauce, rice wine, and cornstarch. Keep it aside for ten minutes for marinating. While chicken is marinating, you can make sauce by combining soy sauce, vinegar, hoisin sauce, sugar, cornstarch, sesame oil, and Sichuan pepper. Mix it well until sugar dissolves completely. Turn on the flame and put a pan on it. Now put peanut oil and add chilies. Fry it for about 30 seconds and then put marinated chicken in it. After chicken changes its color from pink to golden, add garlic, ginger, and scallion whites and let it cook for few seconds. Pour some sauce and stir. Finish it off by adding peanuts and let it cook for another two minutes. 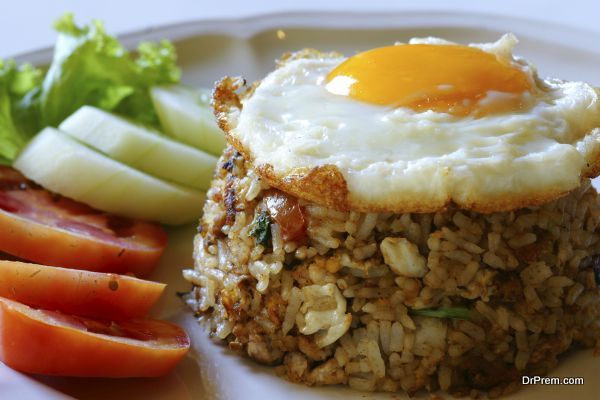 Put a wok on flame with some oil and preheat it for a minute. Reduce the heat to medium and put garlic and onions and cook it until it is tender. When it is little soft, move it to one side of wok. On the other half of the wok, pour some and scramble it. When eggs are little cooked, put peas, rice, and meat in the wok and cook it for some time. Now add salt and pepper to it and let it cook for another minute. Remove it from the flame and serve hot. 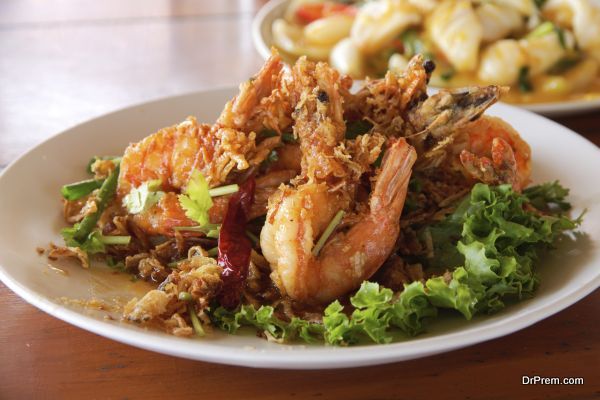 Take a bowl and combine shrimp and cornstarch in it. Mix then well until cornstarch covers shrimp. Now heat a wok, add some oil, and let it heat for some time. Now put shrimps and cook it until it is golden and crispy. Add ginger, green onion, and garlic and cook it for another two minutes. Take out the mixture and keep it aside. Put wok back on flame, put some oil, put broccoli, and let it cook. Put vinegar, soy sauce, and honey and cook until it boils. Now add shrimp mixture and cook again. Turn off the flame and serve hot.

Take fish fillets, wash them, and tap wit towel to dry. Take a bowl and whisk sherry, rice wine, sesame oil, and soy sauce. Now put fish in a steamer and turn the flame on. Let it cook for some few minutes. Open the lid of the steamer, place some onions, ginger slices over fish, and pour wine mixture. Cover it again and let it cook until fish is cooked properly. Now take it out on the plate and serve it immediately.

Many people love Chinese food, it is easy to prepare and almost everyone can make it just by following simple tips and following correct recipes. Just take the right ingredients and right recipes and you can make some of the best Chinese dishes at home.