7 Most popular condiments to spice up the food 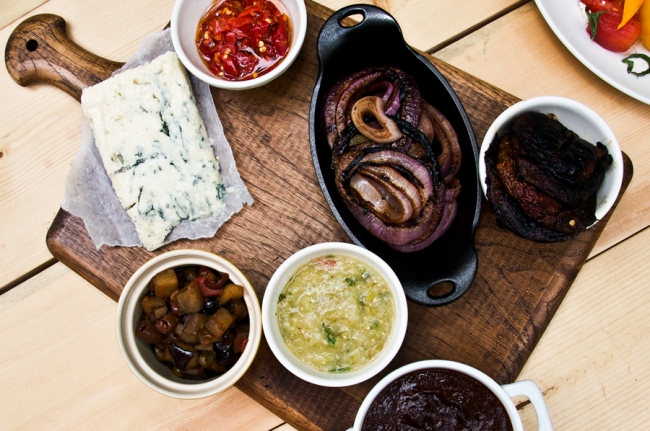 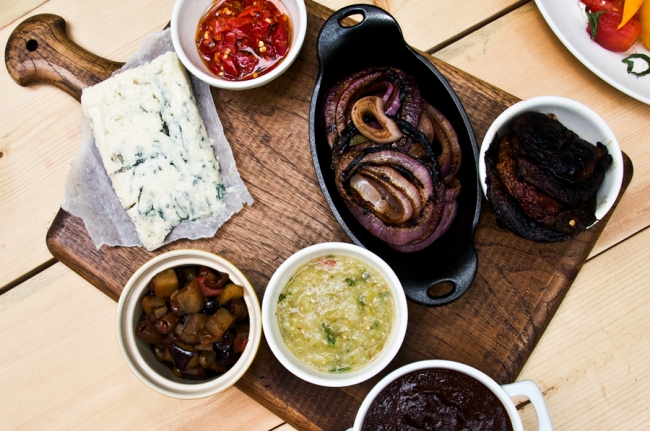 We, humans have known many a flavor and aroma but nothing beats like condiments. Nothing can ever tantalize and tickle our taste buds like condiments. Available in plenty in supermarkets and groceries stores, condiments are substances that are added to our food to enhance or improve flavor to a dish. Though there are many condiments that have forayed in our world of food, here are the most popular of condiments that are very unique and have a down-to-earth regional (or ethnic) base and often are based on old hand-me-downs family recipes that have been passed on since generations. 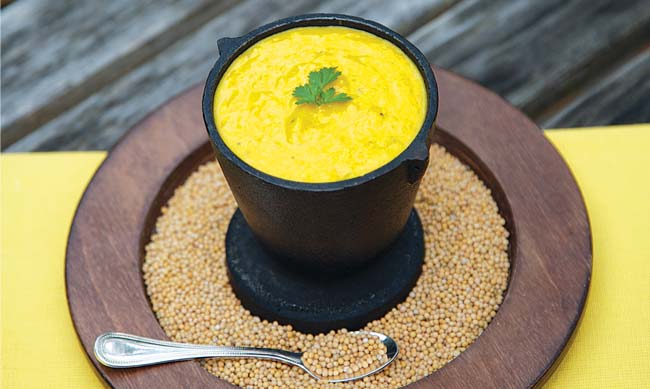 Derived from the Anglo-Norman word âmustardeâ and Old French âmostardeâ, yellow mustard gives tremendous flavor in exchange for few calories and little fat. Although it is basically in yellow, there is nothing mellow about it as it often has a sharp, hot, spicy and pungent flavor. Thought to originate in Egypt, it was the Romans who ground the seeds and mixed them with wine to create sauces. A key ingredient in mayonnaise, vinaigrette, marinades, and barbecue sauce, it is used in salad dressings, hot dogs, pretzels, and bratwurst etc. Though there are many types of mustard, it is the English yellow mustard that has found popularity as it the hottest when compared to its French and German counterparts. 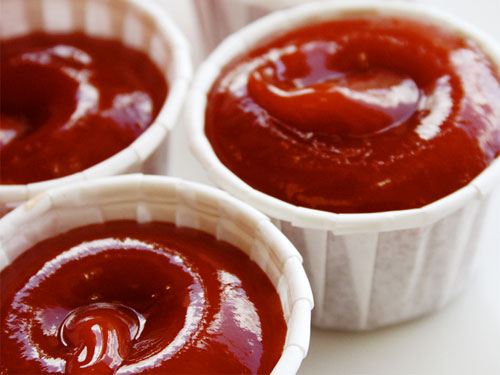 Often associated and confused with ketchup, catsup is far from it. Catsup, a thick, smooth textures and spicy condiment, originated and gets its name from the Chinese word ke-tsiap, a pickled fish sauce. With time it made its way to Malaysia where it became kechap and ketjap in Indonesia. Made from tomatoes, salt, black pepper, red pepper, all spice, cinnamon and mustard, it has a blood red color and is a favorite accompaniment with French fries (chips), hamburgers, sandwiches, and grilled or fried meat as well as with savory baked goods such as meat pies and sausage rolls. 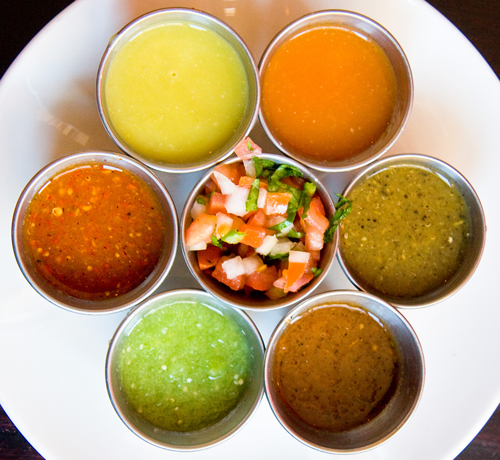 America’s favorite condiment, salsa is now a part of every meal now. Used as an accompaniment in tacos, burritos, enchiladas, huevos, rancheros and as a dip for corn chips, burgers, baked potatoes, they are now also used in barbeques, pastas, soups, salads and pizzas. The word salsa simply means “sauce” in Spanish. The word is derived the Latin term “salsa” which means “salty.” Though the origin of salsa can be traced back to the time of the Inca, Mayan and the Aztec civilization, it was the Spanish who introduced salsa to the world. Usually made with jalapeÃ±os peppers, cilantro, onions and garlic, they are also made from fruit and be both sweet and spicy. Although they usually don the fiery red and green colors, there are exotic salsas made from ingredients like mango, mint, cantaloupe, peach or pineapple that give them a yellow color. Did you know that are19 different kinds of salsa including chimichurri, salsa Lizano, peri peri or piri piri sauce and picante sauce. 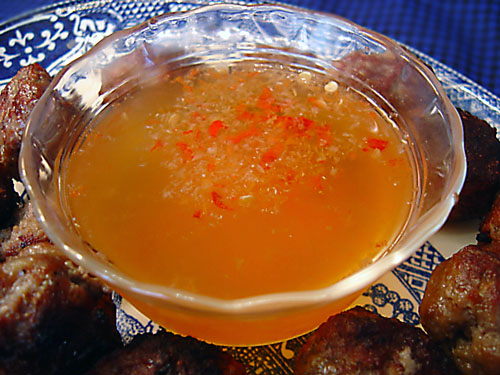 Quintessentially an Asian ingredient, fish sauce is a staple ingredient in many curries and sauces of Thai, Vietnamese, and Philippine cuisine. It is a condiment that is made from salted and fermented fish. Imparting an umami flavor to food due to their glutamate content, its origin surprisingly dates back to the time of the Greeks or the Carthaginians. It entered Rome with the passage of time although with a slight variation. With a flavor that is pungent, salty and strong, it is used to season stir-fries, curries, and noodle dishes. With colors ranging from ochre to deep brown, it adds depth to marinades, and makes a great dipping sauce when garlic, chili peppers, lime juice, and sugar is mixed with it. 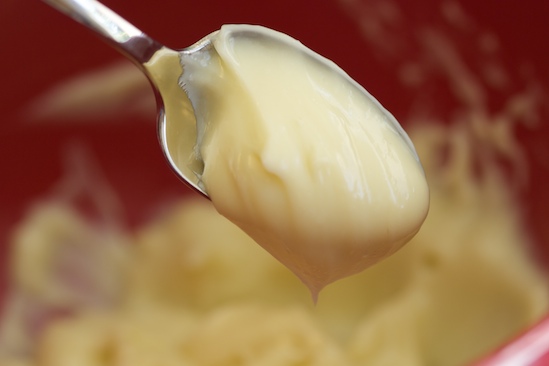 Mayonnaise is made primarily from vegetable oil and egg yolks and can also be further flavored with salt, pepper, vinegar, lemon juice, mustard and embellished with different herbs and spices. Though the color of mayonnaise varies, it is often white, cream, or pale yellow with a range in texture from that of light cream to thick. Though the food historians have many schools of thoughts regarding its origin, the most probable origin of mayonnaise comes from the town of Mahon in Menorca (Spain). It was when Armand de Vignerot du Plessis’s defeated the British at the city’s port in 1756 that it became popular. It is also said that it was originally known as “salsa mahonesa” in Spanish and “maonesa” in Catalan, which later became mayonnaise. Mayonnaise is frequently served in a sandwich, or with salad such as potato salad or canned tuna, cold chicken, hard boiled eggs etc. 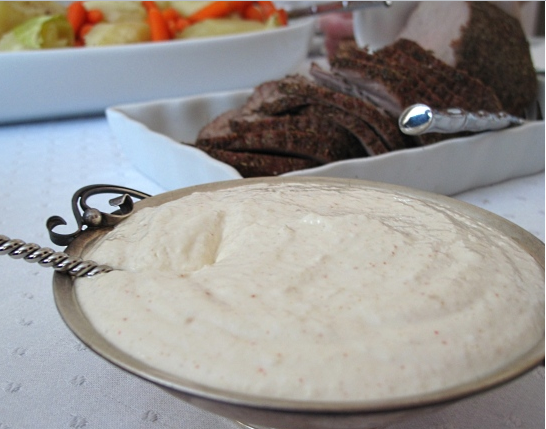 Horseradish sauce is made from grated horseradish root, vinegar and cream and is quite a popular condiment. Usually served with roast beef, chicken or fish, it is also used in a number of other dishes also, including sandwiches or salads as well as dips that is served with vegetables such as beets or cabbage. The origin of this sauce dates back to the 13th century Western Europe, where Germans and Danes used it as a condiment, stimulant, and digestive medicine. It was in the 19th century that it was brought to the United States in the 19th century. It has a hot and piquant flavor that reminds one of strong mustard. 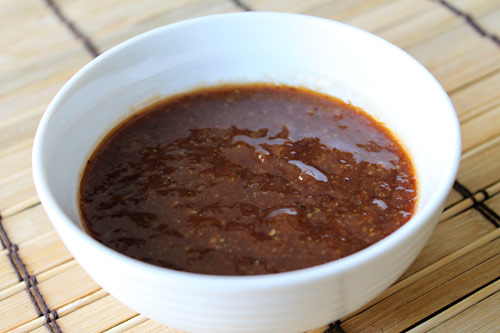 Nothing makes a steak juicy and delicious when spread with this sauce which makes it a must-have for every barbeque. Steak sauce which is quite popular in North America and the British Isles is a dark brown sauce commonly served as a condiment for meat. The colors of this sauce which ranges from brown or orange in color is often a combination of tomatoes, spices, vinegar, and raisins and sometimes anchovies. With a taste that is either tart or sweet with a peppery taste it shares its similarities to Worcestershire sauce.

Why do you think my plum sauce recipe...

How to make tomato sauce

How to make classic French sauces

Spice up your cooking with herbs

3 Easy ways to dress up soups