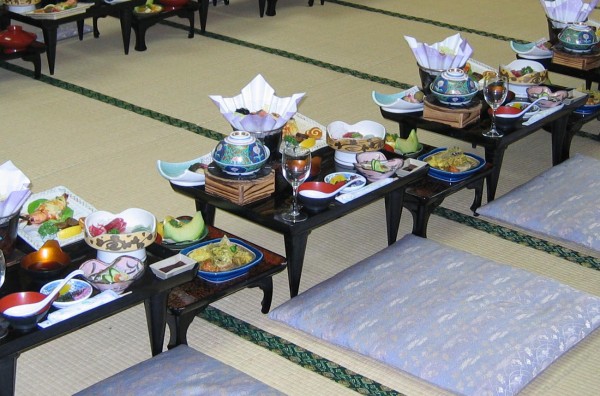 All you need to know about Japanese dining etiquette 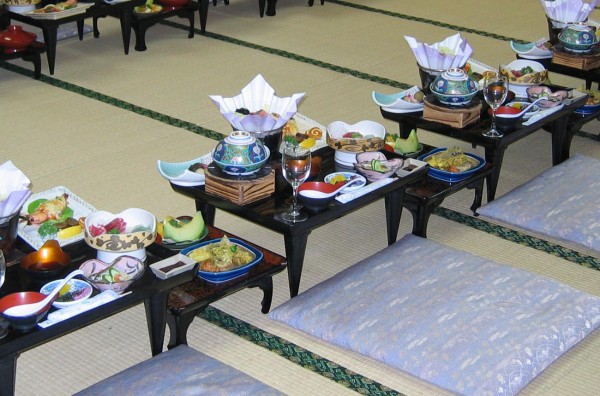 Japanese start and end their food greeting with the traditional phrases like “itadakimasu” (“I gratefully receive”) to commence and “gochisosama (deshita)” (“Thank you for the meal”) to conclude their meal. Japanese are very particular about the quality, quantity and the way the food is served for dining.

Japanese have a lot of respect for food. You need to pay a lot of value to etiquette while dining with them. A typical Japanese dining table would have a bowl for rice, a bowl for miso soup, a plate of a type of protein, and several small side dishes of vegetables. Point to remember here is, that all should be eaten little by little, and not in sequence by finishing one and moving on to other.

Soups: Drink your soup directly from the bowl making a slurping sound. It is considered to be appropriate to make that sound to ensure that you are enjoying it. Soup is a part of meal in Japanese dining and not a starter/ appetizer. Chopsticks are used to eat the solid ingredients in the soup.

Rice: To eat rice, the rice bowl should be held in one hand and chopsticks in the other. Never pour sauce over your bowl of rice, as rice is eaten as an aide to the dishes and sauce would affect their flavor.

Sushi: Sushi is the most popular dish in Japan. It is a dish that contains rice which is prepared with sushi vinegar. Sushi pieces are recommended to be taken in a single bite with soya sauce or wasabi. Most common sushi are Nigiri, Gunkan, Norimaki, Temaki, Oshizushi, Inari and Chirashi.

Sashimi: It is thinly sliced, raw seafood. Sashimi is served over shredded daikon and shiso leaves and is taken with soya sauce or wasabi or ground ginger. Some of the most common Sashimi are Maguro, Toro, Ebi, Saba, Ika andTako

Noodles: Enjoy the noodles with a slurping sound using the chopsticks.

Kare Raisu: It is Japanese style curry rice and large spoons are offered for these dishes.

An important tip for eating food that comes in big pieces like prawn tempura, tofu etc. is to either cut it into pieces through chopsticks or eat it bite by bite.

Do not start drinking until the last person on the table has been served. The glasses are raised to say ” Kampai” before drinking. “Kampai” is like “Cheers” used in most countries.

Ensure that no glass is empty on the table while others are drinking. Pour for others if you see their glass empty. Drinking is usual in Japan. Bars and pubs here are called âizakayaâ. As long as you are not bothering others you can get drunk. However, in restaurants serving kaiseki ryori (Japanese haute cuisine), getting drunk is considered bad manners.

How to use chopsticks:

Most commonly used utensil to enjoy Japanese food is Chopsticks. To eat using chopsticks hold the top chopstick between the thumb and the middle and index fingers as you hold a pen and hold the bottom one between the thumb and the ring finger. Then, move the top one to pick up food. To cut a big piece of food into two, apply controlled pressure on the chopsticks and subsequently moving them away from each other.

Never pass food from your chopsticks to somebody else’s chopsticks or vice versa. Never wave your chopsticks above food dishes or point them at somebody. Always use the opposite end to take food from a shared plate, if you have eaten with the chopstick.

Things you should avoid:

All you need to know about Japanese dining etiquette was last modified: July 30th, 2012 by Always Foodie

Can any one tell me about dinning...

All you need to know about German...

Where can one have vegetarian food in...

All you need to know about Atkins...