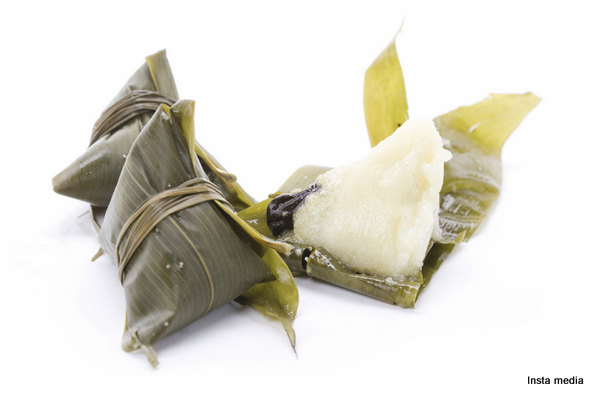 The Chinese among all of the things that they are known for, may quite be the most famous for their festivals which are filled with colorful splendor and pomp and show. Among all of the festivals one that merits for the most making of merry is the Chinese Dragon Boat Festival or the Duan Wu Festival. 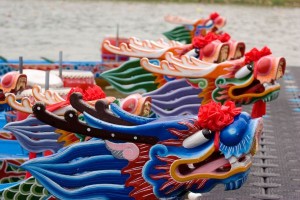 This festival calls out to people to involve themselves in a host of activities, the most significant in the light of this occasion being the Dragon Boat Races. However, what is a Chinese festival if it does not allow the people to dine and drink well?? The Chinese Dragon Boat festival is unique in that Chinese people indulge in the eating of zongzi  and the drinking of realgar wine.

Zongzis are a prime delicacy on this occasion. They are basically rice dumplings that have been boiled in water wrapped in a banana leaf wrapping. There is actually a legend behind the eating of these dumplings. It is said that the famous Chinese poet, Qu Yuan was in total despair when his beloved kingdom was invaded by the enemy Qin kingdoms. IN his desperation, he threw himself into the river Miluo, having no other way out. It is said that the people who loved him so much threw rice dumplings, zongzis into the water so that the fish may eat them and be filled and leave the body of the poet unscathed. We do not know whether this legend is indeed true, but it does leave us with the age old ritual of eating zongzis on his day.

Zongzis are basically of two types, sweet and salty. Whether they are salty or sweet is completely based on the filling which is laid inside. Sweet zongzis include fillings like red bean, horse bean, plain rice, red bean and lards, dates and so on. On the flip side, salty zongzis may contain anything from sausage, salted pork, chicken, dried shrimp and so on. 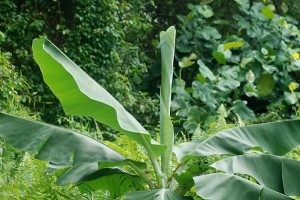 In order to make a zongzi, you will be required to boil the banana leaves first. When this is done, fill in the glutinous rice with the filling of your choice. The next step is to wrap it up carefully and bind the folds strongly with twine. After all this, you need to boil the packages for about 2 hours or more, depending on the filling in water. After that, you are done, and you can unpack and eat your delicious zongzis.

Which seafood recipes can I make for...

How can I transform nicaraguan cuisine storm...

Can somebody help me with a food...

How can I get proper protein from...

How do I prevent my ingredients in...