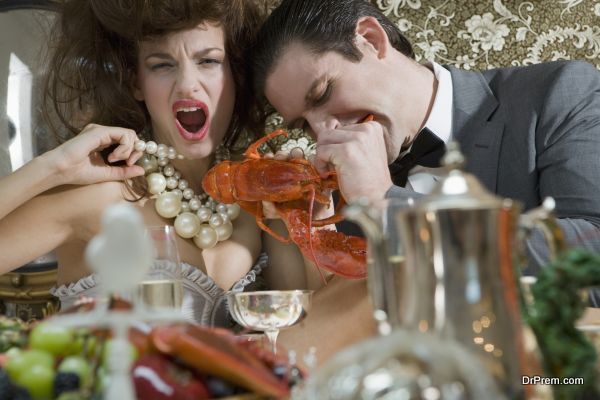 If you thought weird and bizarre foods are available only in the Orient, think again. These weird foods and recipes are sometimes revolting and sometimes strangely delicious, nonetheless, definitely bizarre.This article is divided into three sections. The first is on Bizarre foods from Europe, the second on Bizarre foods that can cause death and lastly Controversial foods from around the world. So get ready to make your stomach turn 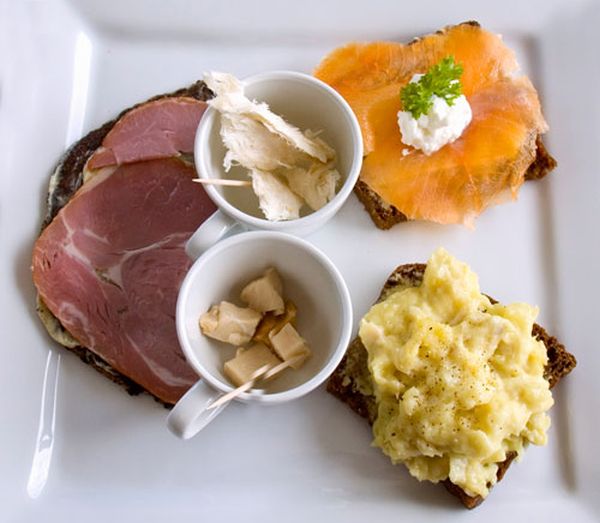 This tasty treat is available fermented, dried Greenland or basking shark. It is made by burying the beheaded and gutted shark in a low hole in the ground for some weeks. 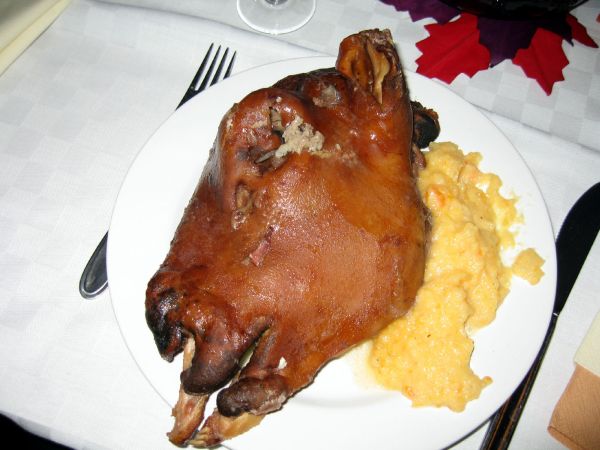 This dish is a boiled lamb’s head, traditionally served at Christmas. The brain is removed, and the head salted and dried before boiling. Because they’re the fattiest bits, the ear and eye are eaten first. 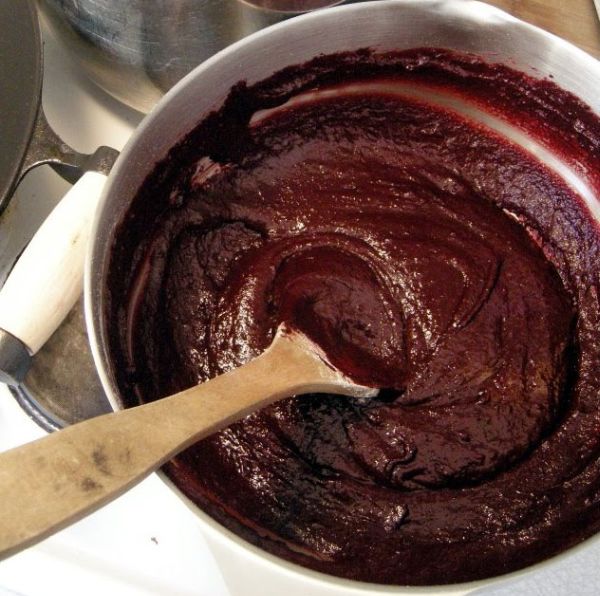 This beautifully-named mixture consists of blodpalt, a dumpling made with reindeer blood and wheat or rye flour and served with reindeer bone marrow. 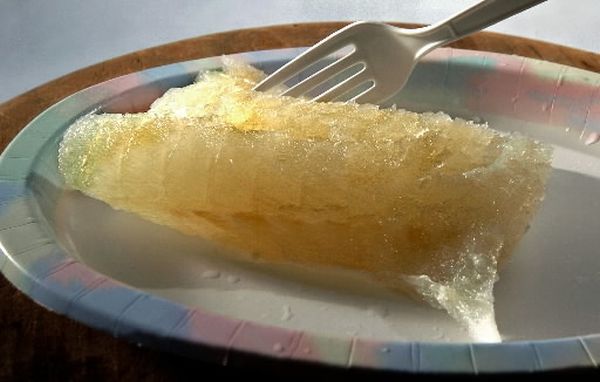 This dried whitefish treated with lye is beloved by Scandinavians and their American Midwestern ancestors (let’s just say it’s an acquired taste). It’s traditionally served with potatoes or other root vegetables, gravy or white sauce, and akvavit. 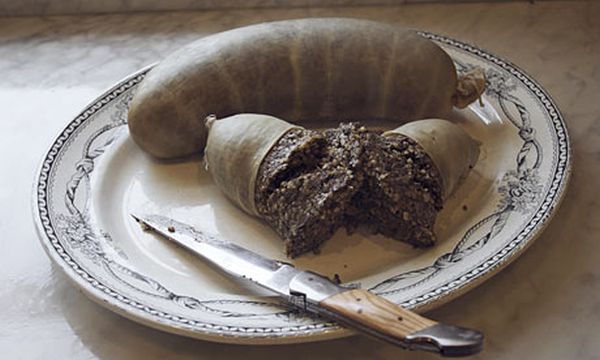 This is a cooked sheep’s stomach stuffed with its lungs, heart, and liver, combined with oatmeal. 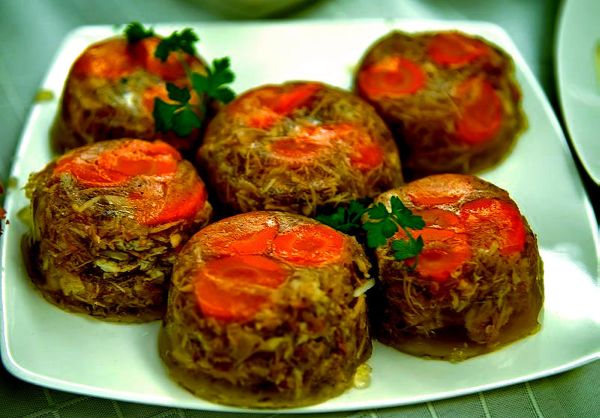 The literal translation is “cold feet”  and this dish of jellied pig’s trotters lives up to the name. The meat is made with herbs and spices until they fall off the bone, and set in gelatin. 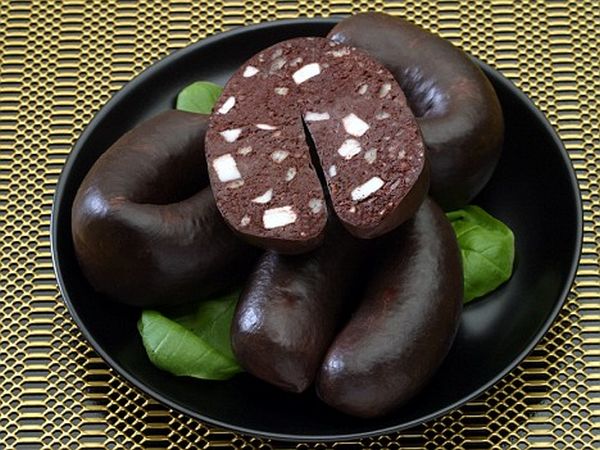 This mixture of animal blood (usually pork), spices, fat, and oatmeal or other grains is not that bad actually. It’s served raw, fried, grilled, or boiled. 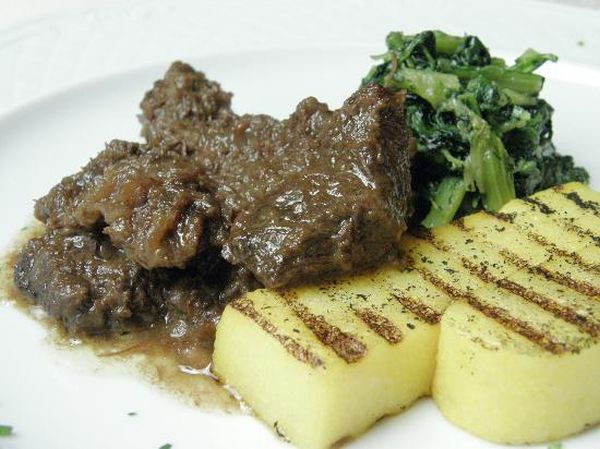 A northern Italian donkey stew, often served as a pasta sauce. This particular dish is a specialty of Veneto, and Mantua, in Lombardy. 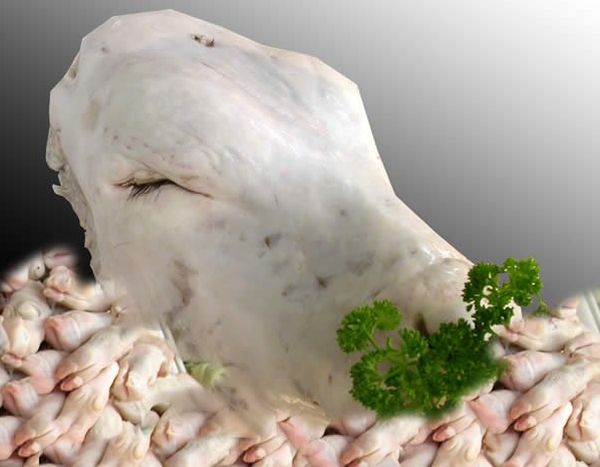 This dish of boiled calf’s head  is “a gelatinous variety of white offal.” There are many diverse preparations for the classical dish. Earlier, it was traditionally served with cocks’ combs and kidneys, calves sweetbreads, and mushrooms. 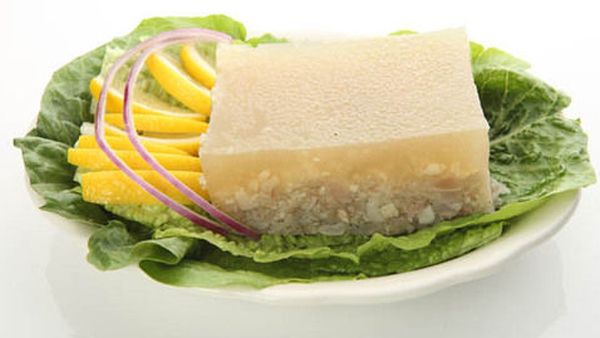 A calves’ foot jelly enjoyed by Ashkenazi Jews throughout this region of Europe. 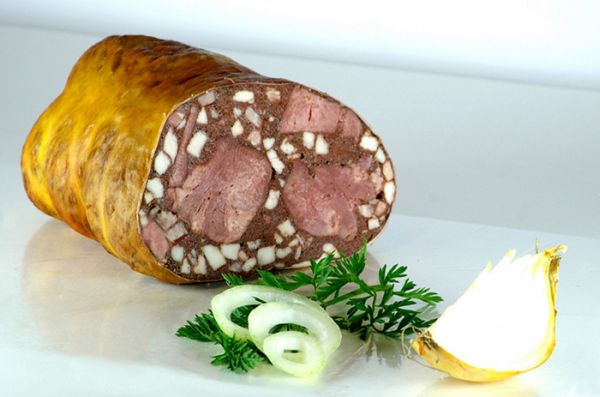 This sausage is made of pork blood and rind; pickled ox tongue, and a grain filler like barley. It’s available dried, or can be fried in butter or bacon fat before eating. 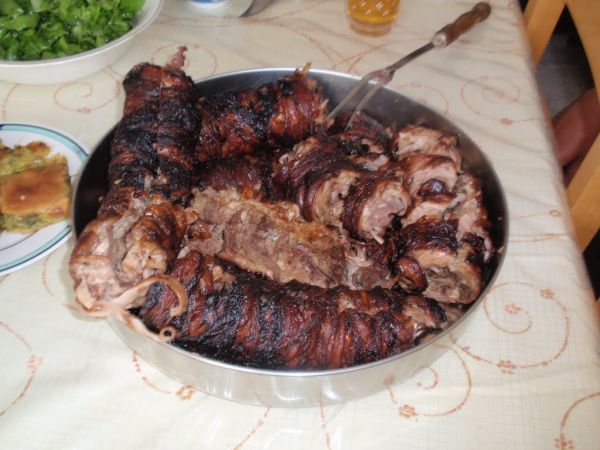 This is a dish of lamb or goat intestines wrapped around seasoned offal (lungs, hearts, sweetbreads, kidneys), threaded onto a skewer, and cooked on a spit. Meat on top of meat.

5 Bizarre foods that can cause death

Are you a foodie who loves to try new dishes all the time? Well, then today I will discuss some highly toxic dishes from various corners of the world that have immense power to make you dead. These delicacies, if not cooked/eaten in the right manner, can cause some deadly diseases, and even cause death.

Having such flair of tasting unhealthy dishes, no matter how much fun it might be, is never an advisable action. Not only it can lead in an equally bizarre living condition when compared to the food itself, but your life to its core could be at remote stake. Despite this piece o statutory warning, if you still are a worshiper of the unusual, go ahead and make your heart sigh with relief.

Named Sannakji, this dish has been responsible for a number of deaths in Korea. The tentacle of the baby octopus are chopped and seasoned to perfection. But the challenge lies in eating it. One should make sure that they eat the tentacles before they catch hold of the person’s upper part of the mouth. If not eaten skillfully, these tentacles can choke your throat which will lead to difficulty in breathing and ultimately death.

This dish finds its place in Shanghai; where people love to eat blood clams. The thing which makes this dish interesting is its blood colour look. However don’t let its colour; it contains deadly virus and bacteria that can cause dysentery, typhoid and even hepatitis.

A Japanese delicacy that has made hundreds of people its victims! Making of Fugu is a licensed business in Japan. This blowfish contains an extremely dangerous poison known as tetrodotoxin. This is said to be 12,000 times deadlier than cyanide. The chef has to pass through rigorous tests in order to make Fugu. He/She must be aware which part is edible and which is poisonous. In case you eat the wrong part, you will guarantee yourself a place in heaven. You may/can experience difficulty in breathing and also paralysis.

In case you are planning to go to Namibia, then its better you stay away from this Namibian dish. There is a particular time during which the bullfrog must be eaten or before it croaks. Otherwise you risk yourself kidney failure. However, there is a particular method to cook this frog which reduces this risk. The cooking pot must have dry wood which the people out there believe reduces the harmful effects of the poison.

A dish I would definitely stay away from despite being a Cheese lover! Known as Casu Marzu meaning rotten cheese. The Eurpoean Union has acutally put a ban on this dish. This is because of its extreme effects on the overall health of a person who eats it.  The cheese is kept in open heat so that the maggots can thrive inside. Eating live maggots is what makes it the strangest dish. In case you dare to eat this, you will either have disorders like intestinal infection, diarrhoea, severe stomach pain and vomitting. In severe cases, it might also lead to death.

So, wishing you a healthy eating and a safer living if you are one of the lovers of these bizarre dishes!

Most controversial meals from around the world

When we speak of controversies, the last thing we associate them with is food. But it is far from true that food is all but a mundane part of our lives. We bring to you a list of some of the most controversial meals from around the world. Some of these are illegal foods while others are simply food items that have a questionable nutritional value. The list of these Bizarre  foods and delicacies is long and we try to give you a glimpse of the weird world of food.

Some controversial meals from around the world:

If you are a Japanese fisherman and land this fish in your nets, chances are that your fortunes would change. This is for the sheer reason that this fish can fetch sums up to hundreds and thousands of dollars. This fish makes for amazing sushi which is a Japanese delicacy. But the numbers of this fish in the waters is what makes it a controversial item. It has been overfished for too long and the present numbers are threatening the species. The consumption though still continues in Japan.

In some parts of Japan; dolphins are a delicacy. This results in the killing of an approximate 23000 dolphins for consumption per year. High in mercury, this meat is not at all high on nutrition. It is among the most controversial meals from around the world; especially because dolphins are such smart and noble creatures.

Bushmeat is the term that refers to the consumption of the flesh of non-domestic animals. It includes animals such as the apes and monkeys and bats and hippos.  Many of the animals are already endangered; and thus the practice of bushmeat consumption tops the list of illegal foods around the world. It is not only unethical and perilous to the environment but also is risky in terms of nutritional value as raw meat can transfer deadly diseases like HIV, Ebola measles etc.

This item is among the illegal foods because of some ethical issues surrounding its procurement. A goose or a duck is overfed forcibly to make them fat. The fatty liver of these animals is known as the Foie Gras. Although some states of the USA like California have banned its consumption, others have allowed this to be consumed through methods as humane as possible.

Many people call Horses as noble animals and as great pets. So the consumption of horsemeat is often seen as a taboo. But people consume it especially  in large parts of Europe and Central Asia. Some researches even claim that it is a healthier option in comparision to beef; because hourse meat has low-fat content and high quantity of vitamin B and iron.

Regarded as a cute and lovable pet by many; the consumption of rabbits is marred by the constant debate of whether or not they should be eaten. But in large parts of the world; many treat is as a tasty piece of meat, which is hunted and consumed.

While many people are under the illusion that replacing sugars with artificial sweeteners would help them lose weight, researches have not affirmed this supposed fact. On the contrary, many studies are coming up with the harmful effect of the chemicals in these artificial sweeteners.

A huge number of sharks are slaughtered every year because for festivals and special occasions, shark fin soup is a delicacy. There exists a cruel practice which is to let the shark die in the waters after cutting off its fin.

Not only is it largely consumed; but it is also considered to be a delicacy in making sauces. Moreover, many consider this as a food with great nutritional value. Yet it is among the controversial foods because a bad oyster can cause severe food poisoning via the presence of bacteria called Vibrio vulnificus.

This is a loved dish in some parts of Asia and China but features among the most controversial meals from around the world. This is because it is an endangered species and also plays a big role in maintaining the balance of the marine ecosystem.

Probably the most consumed item in the list; people from various parts of the world ear red meat i. They are high in fat, trans fat and cholesterol and cause a number of heart diseases. There are also groups who complain about the unethical and cruel conditions the animals are subject to; before being slaughtered.

If nothing in the world can escape controversies, neither can food. Whether or not to try out some of these items is for you to decide. For all, we can over here is that this list caught our fancy for its uniqueness and bizarre delicacies. Humans truly can eat anything and everything. Can you?