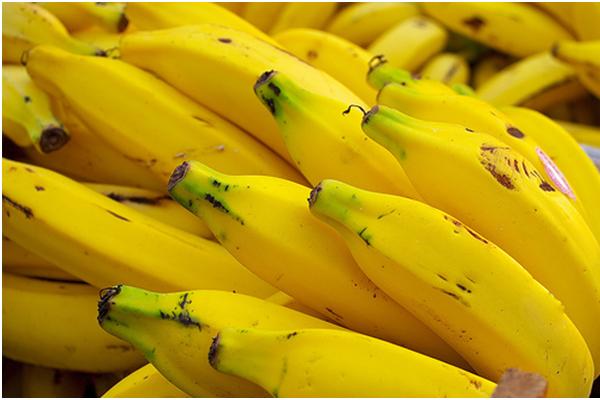 With prices of all food items going up, it has become essential to arm ourselves with knowledge about vegan foods that can give us enough nutrients within a limited budget. Moreover, from the history, we know that any time any place, we could have an economic crisis. In such situation, frugal vegan foods are going to be helpful.

As vegans rely only on plant-based diet, finding frugal food items is quite easy. But the challenge is finding the vegan foods that can provide the right balance of proteins, vitamins, and nutrients. Moreover, as organic farming involves lots of process and additional work, the organic foods tend to be costlier than non-organic foods. But, organic foods turn out to be cheaper when you buy in bulk quantities.

2. Bananas: This fruit is loaded with vitamin B6, vitamin C, manganese and potassium. With less than a dollar per pound of bananas, you would get most of the essential nutrients and vitamins with a very low investment. Moreover, bananas play a very important role in vegan cooking. You can make varieties of foods with bananas including banana cake, vegan pancakes, French toast, or raw banana ice cream.

3. Carrots: Most of the people like carrots for their sweet taste. Apart from having vitamin B1, vitamin B2, and vitamin K, they also have beta-carotene. Beta-carotene can help to prevent cancer, eye problems, skin disorders, and helps to improve overall body immunity. Moreover, like bananas, carrots can be used in most of the vegan foods. With less than a dollar per pound of carrot, you can easily incorporate loads of carrots in cakes, smoothies, or ice cream.

4. Oatmeal: There has been more interest in oatmeal recently due to its health benefits. A daily consumption of oatmeal for breakfast can lower the bad cholesterol level and can reduce the risk of heart diseases. Oatmeal is still a cheaper option when compared to other cereals, especially when you buy in bulk tins. Oatmeal is an essential ingredient in most of the vegan foods including oatmeal cookies, smoothies, sandwiches, and breads.

5. Potatoes: Due to its high carbohydrate content, potatoes are not much preferred when compared to other vegetables. But, the glucose in potatoes can help to improve the function of brain. Potatoes cost less when you buy in bulk quantities. Moreover, storing of potatoes is much easier than other vegetables. Potatoes have a great place in vegan cooking especially in burgers, sandwiches, burritos, and salad.

6. Coconut milk: In a vegan diet, finding the right type of milk is often a struggle. As vegan diet is a plant-based diet, coconut milk is generally used as a replacement for cowâs milk. The cost of coconut milk is also far less than almond milk, soy milk or rice milk. Moreover, coconut milk has unique nutritional benefits that you cannot find in other vegan milk.

7. Lentils: In a vegan diet, the protein needs are met by using lentils. Protein is important for maintaining overall good health, especially for women. Like other vegan food items, lentils cost much less when you buy in bulk quantities. Moreover, lentils go well in all vegan food items like curries, lentil soups, lentil loaves, or lentil sandwiches. With less than 2 dollar per pound of lentil, anyone can easily meet her nutritional needs with lentils.

8. Peanut butter: This is another protein rich option for vegans. The price of peanut butter would differ based on where you purchase it. If you have large quantities of raw peanuts, then you can easily make peanut butter on your own. This would definitely save a lot of money, especially when you are making bulk quantities. Peanut butter is a must ingredient in many vegan foods like cookies, crackers, or soup.

9. Canned tomatoes: Tomatoes go well with any vegan dish. They have high vitamin C and other nutrients. As the price of fresh tomatoes fluctuates often, you can go for canned tomatoes in bulk quantities. In vegan cooking, tomatoes are used in pasta, sauces, curries, or tacos.

10. Quinoa: This is another nutritional source for vegans. You can use quinoa to make a healthy porridge for morning breakfast. Moreover, quinoa is shelf-stable and cost less than 3 dollar per pound, which is definitely a cheaper option for vegans.